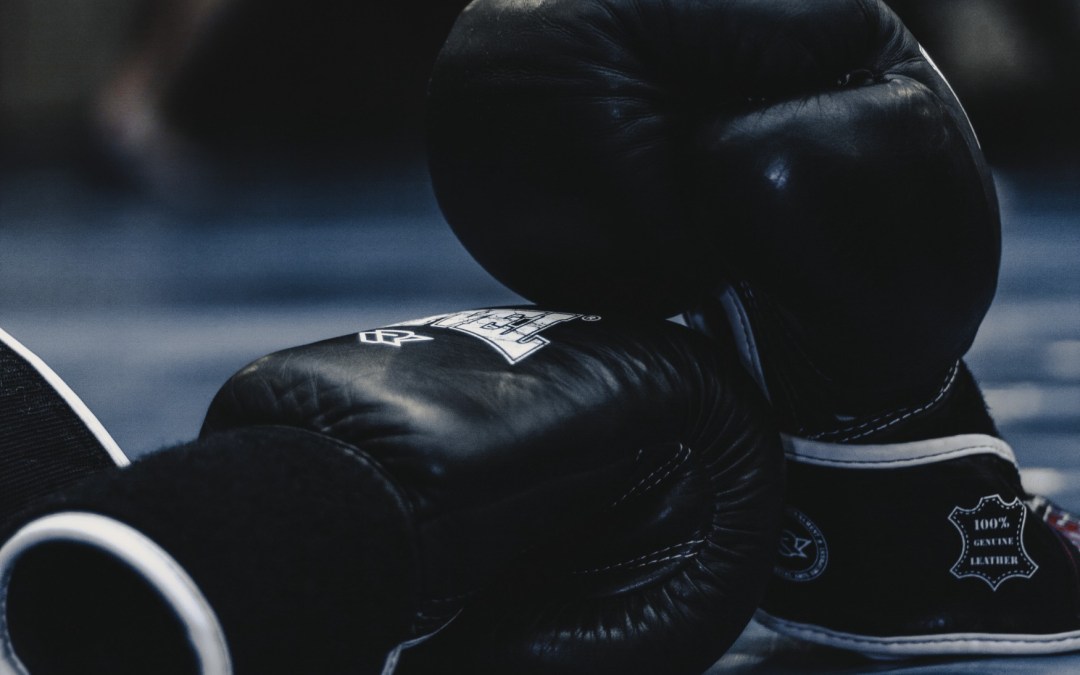 Photo by Bogdan Yukhymchuk on Unsplash

This story is one of a number to challenge assumptions about ourselves and reality. Each is inspired by a real-world scientific or spiritual genius (Einstein, LaoTzu, Ramana Maharshi…), and is presented as a visit to a game world in which that thinker’s message is re-imagined in unconventional form.

3ckhart’s World explores the nature of the ego and its antagonistic relationship with the present moment — with whatever is happening Now. Here, you realize only the ego rejects anything as it happens. Included in that “anything” is the ego itself. So, if you ever notice yourself fighting the ego, then you’re actually noticing the ego fighting the ego! The noticing is powerful. The fighting is…well…self-defeating.

This world is inspired by Eckhart Tolle, a modern sage and writer famous for The Power of Now. Behind Eckhart Tolle’s words sits the same truth expressed by the older, quite different words of thirteenth-century Christian theologian and mystic, Meister Eckhart.

You jump in and find yourself in a boxing ring. The crowd welcomes you to the red corner. Opposite, wearing blue shorts and a tank top, is your opponent, who, as best you can tell, is… you.

The referee calls you both to the center of the ring and, examining your gloves and other gear, conducts the pre-fight briefing:

Across from you stands your ego. Ego is the source of suffering. In fact, it is suffering. This match happens… (the bell rings)… Now!

To calm yourself, you think, “So that’s my ego. Okay, this can’t be very hard. I know their moves.”

The referee, who sounds like she has a degree in Eastern philosophy, continues speaking as you and your opponent circle, shuffle, and jab at each other.

There are a number of ways to think of the ego, any of which, if understood, implies all the others.

The ego is a package of mental-emotional patterns, including a sense of separation from all else.

Agitated, you think, “I just need to focus. Tune out this ref’s drivel. Forget about the crowd, the lights, and the judges. None of that matters. Concentrate on myself.”

The ego is the activity of identifying with a specific fragment of all that is happening. Since What Is Happening constantly changes, the identification jumps around from “thing” to “thing.”

Sluggish feet. You haven’t settled in yet. That’s all you need — to settle in. “Okay,” you think, “I’m settled now, but I haven’t landed a punch. All I need to do is land a few punches.” The boxer in blue lands a sharp jab right on the kisser, then an uppercut that almost makes you bite through your mouth guard. “Damn! I just need to get my bearings. Where’s the bell? Ring the bell! I need the bell!”

The ego is that which hides our oneness with an undivided whole. Actually, it is that obscuration or concealment.

It’s a dysfunctional relationship with the present moment. The true relationship is unity. Rejecting any aspect of the moment assumes a relationship between independent entities, one of which stands outside of and judges the other.

Frustrated, you think, “What the hell is happening? My opponent is thumping me. Unacceptable! This should not be happening!”

The ego is a delusory life through comparison. The separate “I” cannot survive without an “other” concept to set itself against.

In your mind, “This person is better than me. No! They are not even in my league, but if they win, they’ll leapfrog me in the rankings, get better money than me for future fights…”

The bell sounds. In your corner, your manager imparts wisdom of his own.

In 3ckhart’s World, it’s all about Now. Here’s some things you got to understand:

One. By the time you notice it, Now has happened. It’s done. Decided. Unchangeable. So accept it, and keep your left up.

Two. It’s all there is. Anything that exists, exists within this moment.

You beg to differ, “No, that uppercut existed a minute and a half ago, not now.”

“Hey!” You get a sharp slap under the chin. “No… that uppercut don’t exist at all. The memory of it exists, in your puny little brain, and that memory exists right now.”

You try another counter-example, “The bell for the next round will exist in about ten seconds, not now.”

“Hey!” You take a cuff on the ear. Is there more violence in the ring or here in your own corner? “No… that bell don’t exist at all. The idea or expectation exists, in your rock-hard skull, and it exists right now.”

A few seconds later, the bell sounds. As you duck and weave, looking for an opening to exploit, the ref’s words from the first round sink in. Who is she talking to, me or the one in blue? Does she see them as the ego, or me?

An uncomfortable question, and you don’t like the body blows your opponent is landing, either. But it feels good to be scoring jabs of your own now, and you’re buzzing after you deliver a crushing hook that has the blue bruiser rocking on their heels. The bell saves them.

Your manager pulls you onto the stool, handing you a towel. “The third thing about Now. It’s like a luxury holiday.”

“Are you sure? It didn’t feel luxurious when my gut got pummeled.”

“Hey!” He squirts a water bottle in your face. More tutelage:

What I mean is, it’s all-inclusive. Nothing’s outside the package. All events, plus the judgments of them in your pathetic mind, exist now. Now includes your thoughts and actions as well as what’s out in the world. That means your judgment or refusal to accept what’s happening is just a part of what’s happening.

The bell sounds. As you step from your corner, you see strings running upward from your opponent’s head, hands, and feet. Examining your body, you see an identical setup. The strings run upward, to a vanishing point, not into the hands of any puppeteer, but into a mosaic, stretching from horizon to horizon. The tiles of the mosaic are snapshots of life. Although you recognize some of them, many you don’t.

You don’t sense the pull of strings as you take up the fight again, but sure enough, just as any limb — yours or your opponent’s — moves, you can see its string go taut, as if tugged from above. Now nimble, your feet dance then brace, as your left hand snaps out in a jab, followed by a rotation in your hips, a twisting of your trunk and the extension of your right fist as you push forward from your right foot.

The blue boxer takes it on the chin, but you both fall to the mat — a double knock-out. You hear the referee count to ten, but neither of you can gather sense enough to stand.

Your manager leans over you, lightly tapping your cheeks and dowsing you with water. He leans in, “One last thing about Now. It’s life, baby!” He gives you a kiss on the forehead.

Later, you stand in the center of the ring. Between you, the ref holds your wrist in one hand, your opponent’s in the other.

That match was real. The ego is a fragment of What Is Happening in any moment. In that regard, it’s genuine. What is illusory is the sense of its independence, the feeling of being separate from ‘the rest.’

When you notice the ego, if you fight its existence, you subtly reject the present moment, so this opposition can only come from ego. You’ve again mistaken the ego for yourself! Ego is illusory separateness from What Is Happening and, therefore, the illusory ability to author a change to What Is Happening.

A layer deeper, by the same reasoning, when you “catch” yourself fighting the ego, the source of any resistance to that fighting can only be the ego. Any resistance is ego.

Your manager shouts from the corner, “What you really are is the awareness of all that’s happening.” He points to a person in the best ringside seat. You look and recognize the spectator. It’s you.

The ref raises both arms and adds, “But not just that person. Awareness isn’t separate from What Is Happening. Awareness suffuses, hosts, and enables whatever is happening. “Whatever” means you in the red, you in the blue, me, the managers, the crowd, the ring and the arena. It’s the boxing match. The whole shebang. It is Now. You are Now.”

You step out, onto the observation deck of 3ckhart’s World, looking out on your own. You’ve always seen yourself as a sliver of that world, but you get a different glimpse now, and the power is in the seeing. Yes, perhaps acting effectively is the same as seeing What Is Happening in its entirety, recognizing its nature, even when it includes ego. Maybe, life changes as that recognition, over time, erodes the egoic habits that drive thought and action.

You note in your logbook:

Sometimes a fight is What Is Happening. Fighting the fight is still fighting! Let What Is Happening happen. Maybe love is making peace with the present moment. Can I love my enemy, my opponent, without denying they are my enemy? That love would require accepting that the enemy is part of What Is Happening, even when they are trying to knock me out!

I find myself dismissing this as passivity, but perhaps it’s not. I guess what happens will include my own passionate engagement, drive for change, and energetic contribution. Maybe the key is that my “allegiance” isn’t to these things but to openness, acceptance, in the moment. A primary commitment to anything else can come only from the ego.

Funny. Maybe courage is the opposite of fighting. Accepting vulnerability in the face of uncertainty and insecurity might be the pinnacle of bravery.

Open to whatever comes, you say, “Let’s play.”

Eckhart Tolle is probably most famous for his book The Power of Now, but his more recent book, A New Earth, was freshest in my mind.