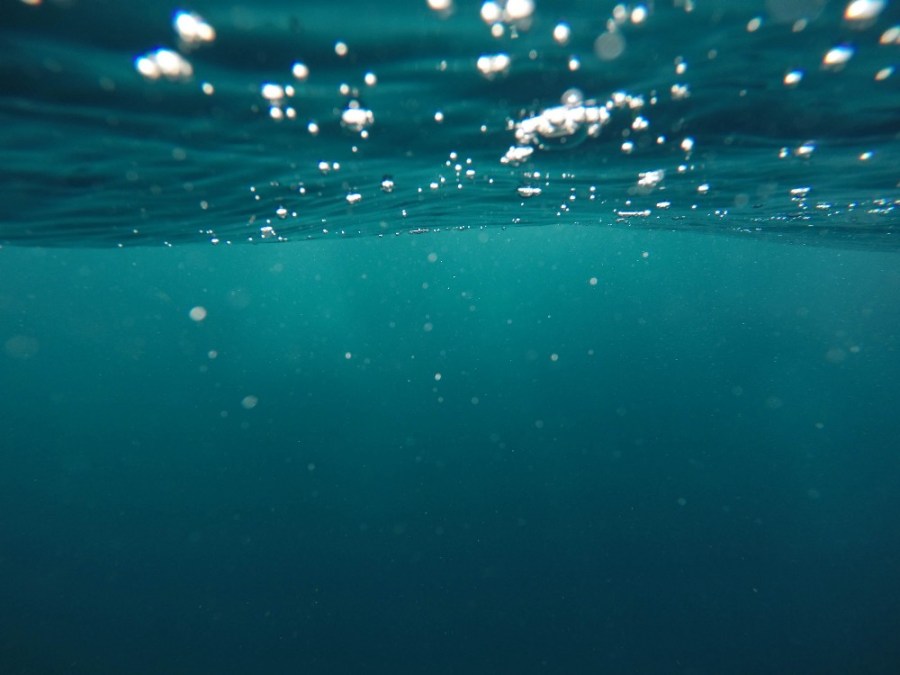 Photo by Jeremy Bishop on Unsplash

A visit to the Abyss launches an overthinker’s lifelong search.

A tyke, five or six years old, I lie in the top bunk and stare at the ceiling. My younger brother sleeps, untroubled, below. While my head nestles in the corner of the room, my right arm stretches along the cold wall. At my feet, near the ladder, a window looks into the front yard, down the steep, bricked driveway and onto the roofs and valley road. Beyond and parallel to the road, hidden in the trees, Little Yellow Creek flows, emptying itself into the Ohio River four miles downstream.

This window has been a source of concern. To a young boy, it’s an obvious place for bad things — burglars, monsters — to sneak in and grab an ankle. Leaving a foot in the open air is out of the question; even these two layers of blanket may not protect me.

I could reverse position, taking my pillow to the ladder end of the bed and facing the window. At night, the light filtering from the stairwell and the adult life downstairs turns this glass into a partial mirror. This means I can watch both it and the reflected window on the opposite side of the room, at the same time. I could (and sometimes do) keep guard that way.

But tonight the raindrops on the glass make the mirror effect too spooky. Anyway, my anxiety wrestles with something even more frightening. This fear would never fit through a window, but it doesn’t have to. It occupies the bed with me already. Tonight, at this ridiculously young age, prompted by nothing I can trace, I am haunted by my own mortality.

I lie gripped by one downward-spiralling idea: As sure as I am lying here right now, the time will come when I no longer exist. There is no bottom to this prospect. The emptiness at the heart of this realisation is all-consuming.

The gulf of non-existence glares at me. Somehow I know that, at death, I won’t simply hand in my body and become an inactive observer in the sky, watching life — my friends, family and famous people — carry on. I won’t graduate to another, better world or be cast into a fiery one.

I will not be anywhere, in any form.

There will be no me.

In church most weeks, I’ve listened to the priest’s stories about my soul and heaven. I haven’t considered them much, let alone rejected them. I’ve hardly discussed God with my parents, grandparents or great-grandparents. Christianity hasn’t turned me off, but it hasn’t grabbed me either, certainly not with the force that tonight’s thought-vine has. This creeper has sprung from hard ground untouched by religious curiosity, and it’s wrapped around me good and tight.

I’ve discovered, and found no alternative to, the belief that my body, mind and personal experience will vanish just as surely as they appeared. With those gone, nothing of me will remain. My thought whirls, and each cycle takes me deeper. A hollow sensation settles in my belly, like the void in my imagination. This idea has captured my body.

As I sink into existential dread, my parents turn off the downstairs lights. They climb to and walk through my room, checking on my brother and me before heading into theirs. My head is no quieter by the time they switch off their bedside lamps as they do every night, grown-ups who don’t mind the dark.

Unable to bear my idea any longer but equally incapable of escaping it, I crawl to the foot of the bunk. After descending the ladder — the dimpled rubber soles of my pyjamas’ feet give good grip — I race into my parents’ room. Diving into bed between them, I sob, ‘I don’t want to die!’

At that early age, I had stumbled innocently upon the Abyss. Shouldn’t I have been worrying about more childish things? Couldn’t the void have worn monster’s or burglar’s clothing for a while longer?

My parents didn’t invoke the concept of an eternal soul to soothe me. They didn’t lie about death either, promising I wouldn’t face it. They just comforted me, said I had thought myself into a bit of a pickle and assured me everything would look better in the morning. I fell asleep with them, and my dad carried a calmer boy back to the top bunk.

I had visited the bottomless water: its near shore my death, no far boundary visible or conceivable. That near shoreline, distant to a youngster but reachable through his imagination, stretched without end both right and left. I knew no way around it. I stood on land, but shuffled slowly to the consuming sea.

That was, as best I can remember, my self-initiation into the world of spirit. My quest began when I pictured death, saw myself as a body and mind, then felt and was overwhelmed by the implication. Since then, I’ve thought myself into many a pickle, reasoning my way from one to the next. From Catholic church to Methodist, from angry atheism to humble Taoism, I’ve accumulated concepts, had peak experiences, found and lost silence countless times. I’ve exchanged the Ohio River for the Hudson, the Rhine, the James and the Thames. Now, I sleep with my feet outside the duvet.

I don’t recall when my journey traded the dread of mortality for a new propelling force: ‘understanding reality’. I’ve since upgraded from that to an aim to live as fully and freely as possible. Perhaps, someday, I’ll release these goals altogether and leave the muddy bank to float at the river’s pace to that sea, however distant it lay.