Anxiety as a Glimpse of Freedom 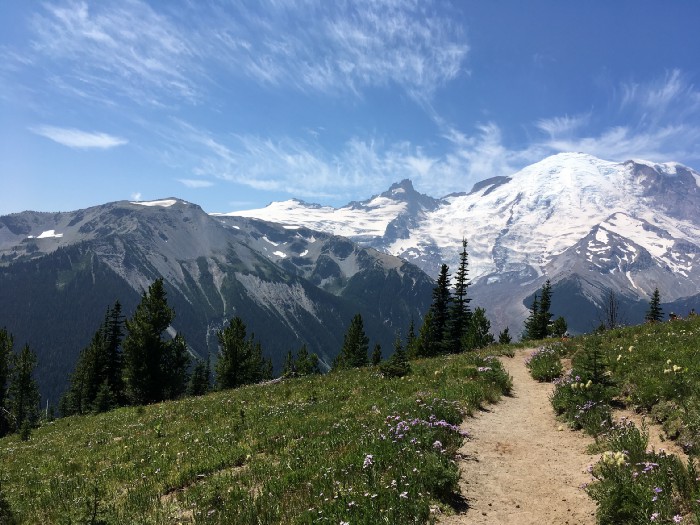 Photo by Stephanie Bergeron on Unsplash

Bumps in the road from the illusion of control to letting go.

I recently had what felt like a setback, slipping into anxious worry about an aspect of my future. The theme of this anxiety emerged nine or ten years ago, and it has occasionally risen quite strongly. It is my core vulnerability. Many of us are suffering increased anxiety in this Covid period, but mine had abated in these strange months. I must admit, I thought it had gone for good.

But with a single trigger, innocuous in its own right, it reignited and stayed with me for a day. Although it didn’t seize my thoughts consistently through that period, my mood soured and my sensitivity flared. The final few hours of that spell, plus a few afterwards, brought disappointment in my weakness, for not living my own understanding.

What can I learn from this?

I’ll set aside the details of my fretting episode. For our purposes, they don’t matter. I’m more interested in revisiting my picture of anxiety in its broadest sense and of self-judgement on the spiritual path.

Climbing the mountain of personal development and spiritual growth often brings a shift in experience, away from suffering, towards a more frequent and lasting sense of freedom or ease. On the surface, we might think we can equate this with a move from discomfort to comfort. But seekers pursuing this shift directly tend to stall on the mountain’s lower slopes.

They run out of steam or give up because real growth requires a mountain trek from prioritising comfort to relating more intimately with discomfort. Those at the summit stand with open arms to welcome comfort and discomfort equally whenever either visits. This summit is not crowded.

I think of the three primary aspects of this counter-intuitive journey as shifts from:

These are three streams of one broad flow toward surrender or letting go, and movement in the streams tends to correspond with a shift in the view of self: from being a separate agent to being an inseparable aspect of a unitary process. With that recognition, it becomes clear that security, certainty and control don’t exist and never did.

Two giants of the western spiritual world emphasise this necessary understanding in their own way:

…this insecurity is the result of trying to be secure, and… salvation and sanity consist in the most radical recognition that we have no way of saving ourselves.

The principal thing is to understand that there is no safety or security.

— Alan Watts, The Wisdom of Insecurity

— Eckhart Tolle, A New Earth: Awakening to Your Life’s Purpose

I tell myself that I get this, and I try to practice it. In my anxious spell, I didn’t quite manage. For a period, despite my professed commitment to vulnerable wholeness, I experienced an acute longing for future security. Noticing this ache, the internal voice of spiritual judgement rejected the anxiety, declaring it illegitimate. Hours later, a second voice spoke, judging the first, condemning it for turning from the anxious feeling’s appeal for attention.

The appearance of anxious thoughts and feelings, along with my subsequent self-aggression, serve as a reminder that pain and judgement, like rain and wind, can visit the spiritual valley, summit and all slopes in between. Hoping otherwise is reaching for a spiritual bypass.

Here is a very practical perspective from a gifted therapist, writer and practicing Buddhist:

Anxiety, from a spiritual path perspective, can therefore be understood as the accurate perception of the basically open nature of life, as seen from the… aspect of the self that, quite understandably, wants to feel comfortable, happy, safe, secure, and in control. When faced with the reality of how open everything actually is, that part of us basically freaks out…. At some point or another, anybody committed to a spiritual path may find it important to commit to the experience of anxiety as an approximation of an open state of mind. This is not because reality is itself anxiety producing but because the inevitable engagement of a “personal self” with nonpersonal reality will be experienced as a threat to this self — that is, as anxiety.

So anxiety may be a product of moving into vulnerability and openness, while still carrying a sense of separateness. It is a natural (and perhaps even encouraging) part of the process. Beyond this, Tift tells me that anxiety has much in common with the experience at the mountaintop. The difference is that the illusory independence, the ‘personal self’ evaporates before the top. In fact, its dissolution defines the summit.

Let’s set aside that very important distinction between anxiety and enlightenment for a moment to look at the similarity. Both perspectives recognise that reality and life are wild, indefinable and uncontrollable. The illusions of security, certainty and control have fallen away — at least temporarily — from the anxious seeker, just as they have (presumably permanently) for the sage.

But the seeker on the slope feels independent from the surrounding world, so a sense of danger permeates his experience. The illusion of independence and the sensed threat are one and the same. From the summit, the Self is all life’s wild unpredictability. Reality is nothing other than Self and so poses no threat.

Surrender is a necessary step on the path from suffering to freedom. Why, then, don’t I just surrender? Why did I not ‘ride’ the anxious disturbance and carry on the other day?

True realization, true enlightenment, comes through a complete relinquishing of personal will — a complete letting go.

— Adyashanti, The End of Your World

Well, at the deepest level, surrender is not done. It happens. If the separateness, like security, certainty and control, is an illusion, then there is no independent entity to surrender. Surrender is something that arises (or doesn’t) as part of the unitary flow of reality. In my anxious moments, surrender doesn’t happen. Instead, anxiety and judgement do.

At a more practical level, for those of us whose experience still includes the sense of separateness, ‘we’ don’t surrender, because we’re afraid of what will follow.

You are afraid of surrender because you don’t want to lose control.But you never had control; all you had was anxiety.

That resonates with me! And experiencing anxiety may even deepen the entrenchment of that desire to control. It might make us turn back from our experimental vulnerability. This is shaping up like a vicious circle!

The key ingredient may be the emergence of faith, the trust in life and nature as an intelligent process, the trust that whatever happens is not a mistake. Faith requires the openness that doesn’t cling to one or other belief. Like love, it imposes no conditions.

Faith isn’t based on a belief that life will always satisfy my egoic preferences, protect me from harm or deliver my dreams. From a personal standpoint, it is the confidence that, whatever arises, I will ‘get by’. No outcome will be unbearable. Life may ask me to bear the most I can, but it doesn’t ask me to bear more.

The blossoming of faith, the evaporation of the separate self and the relaxation into peace are entwined. They are not a once-and-for-all finish line but a possibility in every moment. Increasingly, I tune in to each moment’s immediacy. The non-narrative elements of experience come more to the foreground, where mental commentary dominated before. As faith grows, my attempted control sometimes relaxes into life’s flow. I am kind to myself whenever I remember to be.

These moments have ebbs and flows. During the ebbs, I may worry and judge, as in the example that prompted this story. Then, the next moment comes, life’s next offering. I step toward it, up the slope. It’s an awe-inspiring hillside, no less so for its rocky patches.