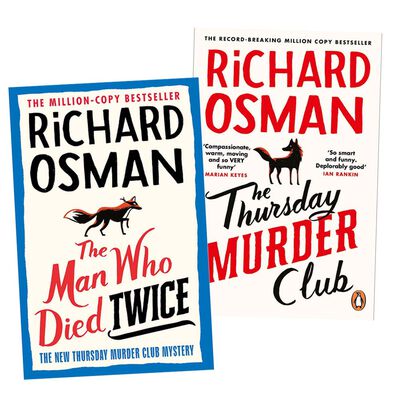 Richard Osman is a thunderously successful and multi-talented person. A long time writer for and presenter on television, his first two novels–The Thursday Murder Club and The Man Who Died Twice–have led the UK book market since 2020.

But he spoke recently on the BBC’s Desert Island Discs about his struggles, including food addiction:

“I think it is that thing of, my career was going well and I was successful, and I had kids, so I had all the things that I thought were the thing that I needed or the thing that was going to make everything OK, and none of them did,” he said. “And getting older and older and just working out that I was slightly directionless, and I had various addictive behaviours as well.”

“As soon as you have an addictive behaviour you know that something’s up because you know you’re hiding something or controlling something.”

We usually think of narcotics or alcohol when we hear of addiction, yet the longer list includes not only food but love, positive feedback, power and even personal drama.

We’re not all as brave as Osman, with his very public discussion, but we would all benefit from a close look at the things we’re using to distract us from aspects of our (impressive and successful) work and lives that seem too painful for us to bear experiencing directly.