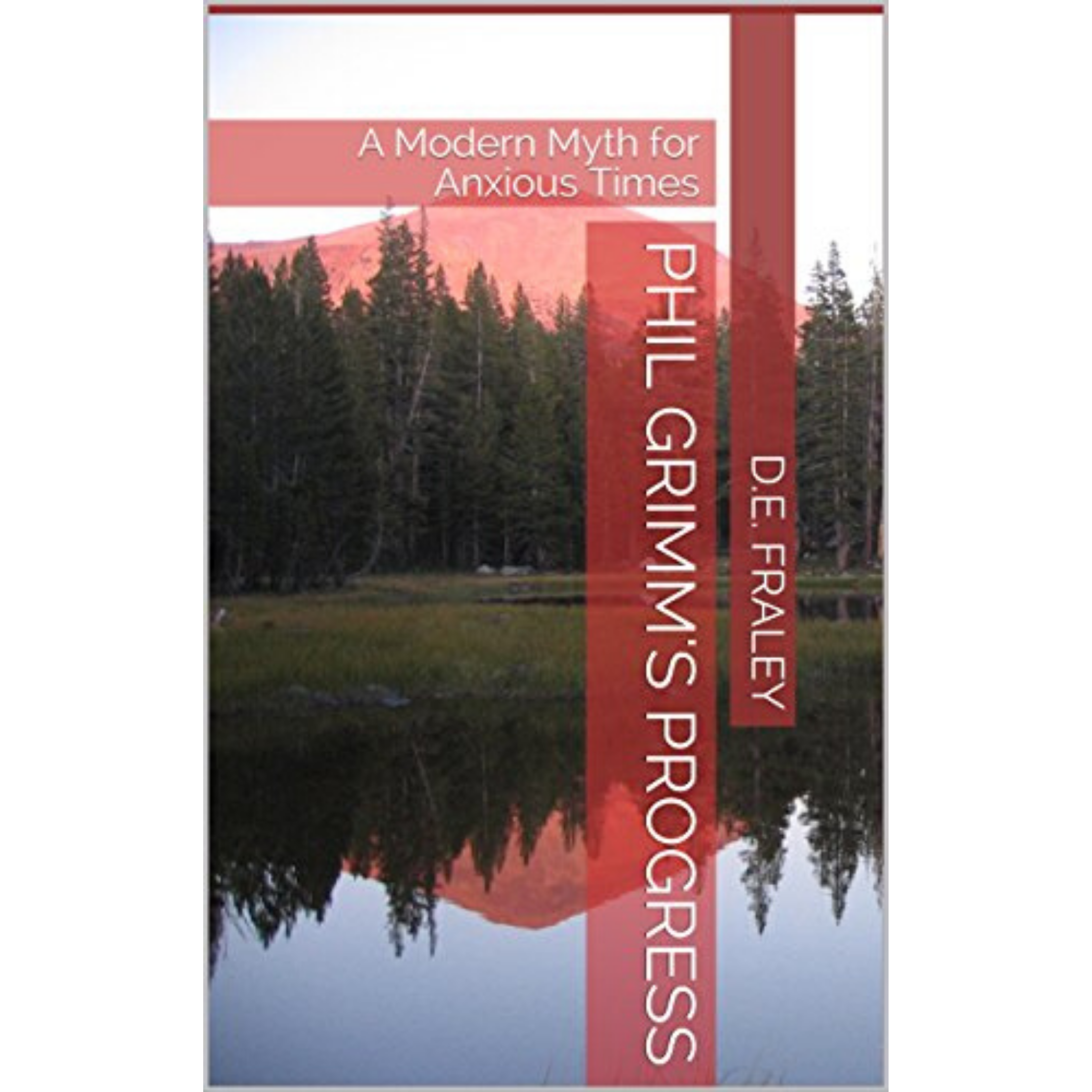 Buy on Amazon
Other Great Retailers

Lila could be the genuine article or just another protester Phil uses to help his clients stay a step ahead. She creates alternate realities for a living and wants humanity to play, but her impish nature conceals rare wisdom. Can she look beyond Phil’s deceit? What can her game teach us?

In a story about stories, Phil Grimm’s Progress shows us how to see the plots we inhabit and to explore others. Ultimately, it invites and inspires us to create our own.

What Readers Say About 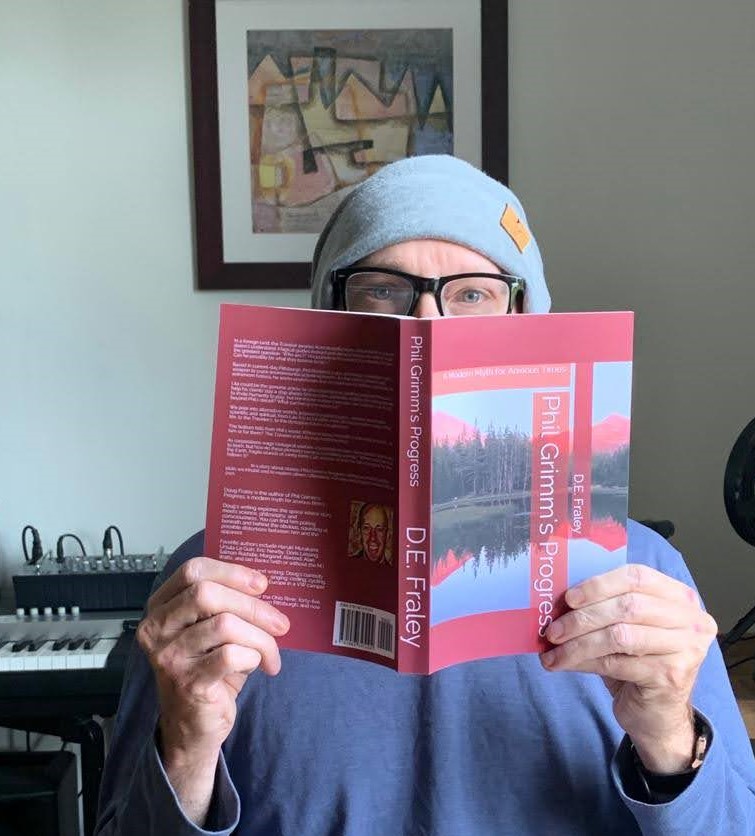 It was the summer of 2017, a week after returning from a camping trip to Holland and Denmark. Midnight wakeful periods filled with ideas for a story – in mythic form. I’d recently re-read Parzival and the Stone from Heaven, and I pictured a spiritual seeker with little self-knowledge, on a quest to discover himself.

I’d read lots of nonfiction about Taoism, Buddhism, Advaita Vedanta and non-dualism more generally, but I’d never come across a modern allegorical approach. (Only between drafts did I find and adore Hermann Hesse’s Siddhartha and Paolo Coelho’s The Alchemist.) In my less humble moments, I imagined penning a cross between Parzival, Zen and the Art of Motorcycle Maintenance, The Tao of Pooh and Sophie’s World. My aim was a modern myth that illuminated deep truths, entertaining along the way.

The book wrote itself over the next seven weeks, although it was only just over 50k words in that first draft. Realising I had no idea how to write a book, let alone get one published, I turned to professional help from Alice Peck. Because she’s such a pleasure to work with, Alice is very busy. I paused for a while for her to come free and tear into my manuscript. In the meantime, I gave it to a few patient early readers.

By Christmas, the draft was back in my hands, along with feedback from Alice and the first readers. After a few weeks’ work, the second draft went out to a next round of helpful guinea pigs. Their feedback led to a major re-write. The book expanded to just over 80k words.

When I learned that Phil Owens helped one of my favourite new sci-fi authors, Ian Sainsbury, I contacted him for the finishing touches before publishing in April, 2018.

There you have it, the story of Phil Grimm’s conception and birth. 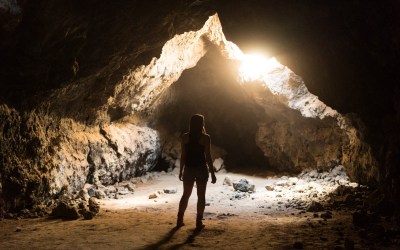 As the tunnel curves to the right, a flickering light casts onto its left wall. Soon enough, the channel opens into a small cave, a table at its center. On it burns a candle. A plump woman sits behind the table, her shoulders shaking. Is she distraught? But a few seconds’ closer listening reveals soft chuckles, synchronized with her shoulders’ rhythm. A gentle laugh, but one that fills her body.

END_OF_DOCUMENT_TOKEN_TO_BE_REPLACED 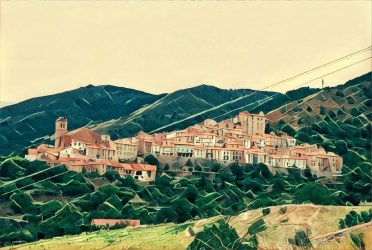 My ascent from the underworld complete, I emerge from the shaft into daylight and rejoin the path to Mountain City. The trail is no more than a series of cairns marking a route among the boulders through which I pick my way. With the sun at its zenith, a fortress town comes into view, and I continue in the shadows of its ramparts before crossing the drawbridge at the eastern gate.

I’ve drawn on these authors in both style and content for my modern myth, however short I may have fallen in emulating them.

Hesse’s work is rich in spiritual wisdom. Siddhartha -depicting a life-long spiritual journey contemporary to the Buddha – was most relevant to my book. The dark, midlife, Jungian search for wholeness in his modern myth – Steppenwolf – has impacted me most. 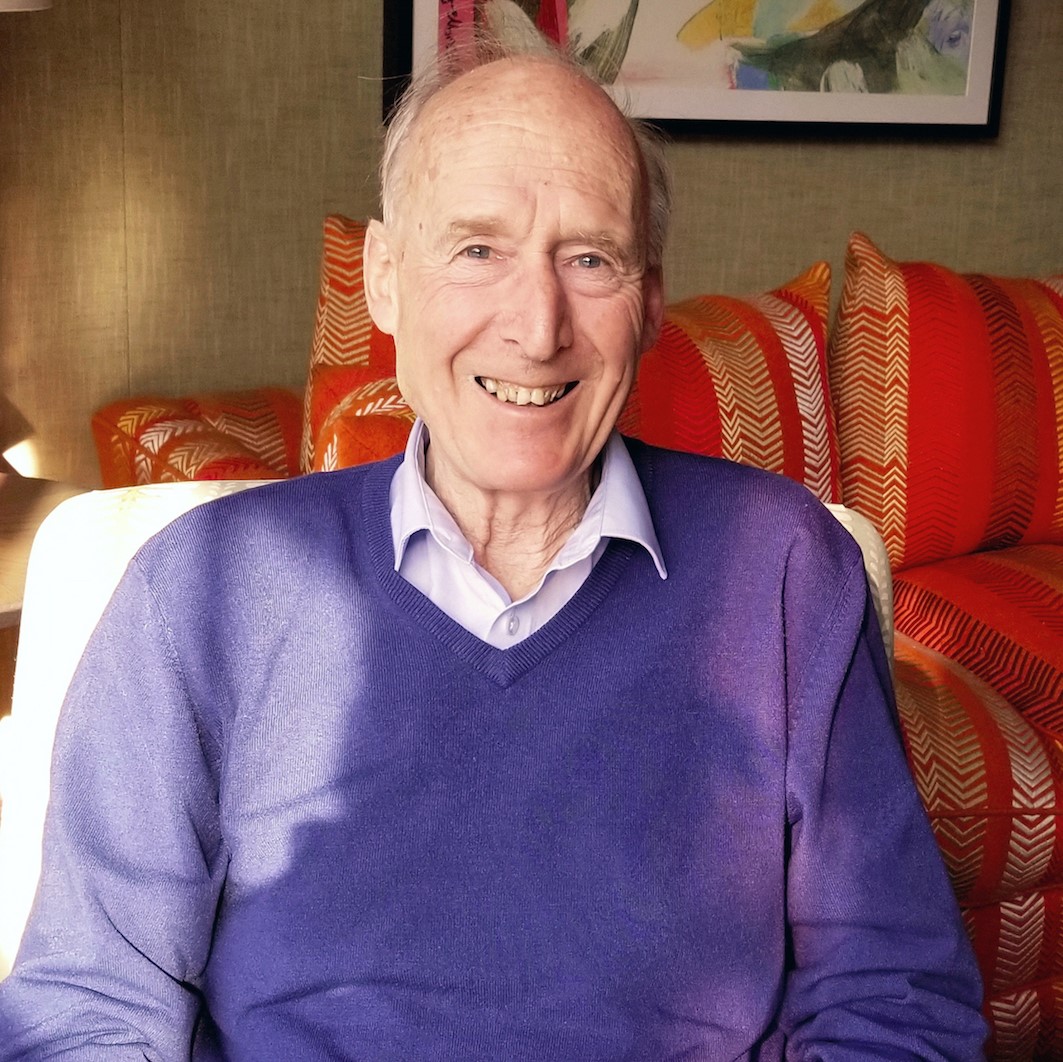 Barbour is a physicist who sought in his book, The End of Time, to complete Einstein’s work of removing the container of space-time from our model of reality. His alternative corresponds closely to my picture of a non-dual eternity pregnant with every possibility. 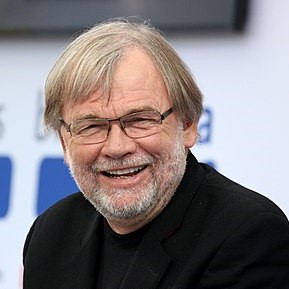 Gaarder used a great fictional story to introduce the world to philosophy in Sophie’s World. This was a challenge and inspiration to me to do the same for comparative mythology and spirituality. Even better, his twist at the end reminded us we are all characters in our own stories. 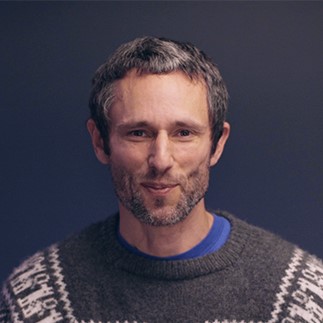 Eisenstein’s sweeping and impressive The Ascent of Humanity exposes the folly of celebrating linear societal progress, reminding us of the cyclicality that dominates life and Life. Each fall turns to a new dawn only when a new story takes hold to replace the last outdated and abused one. 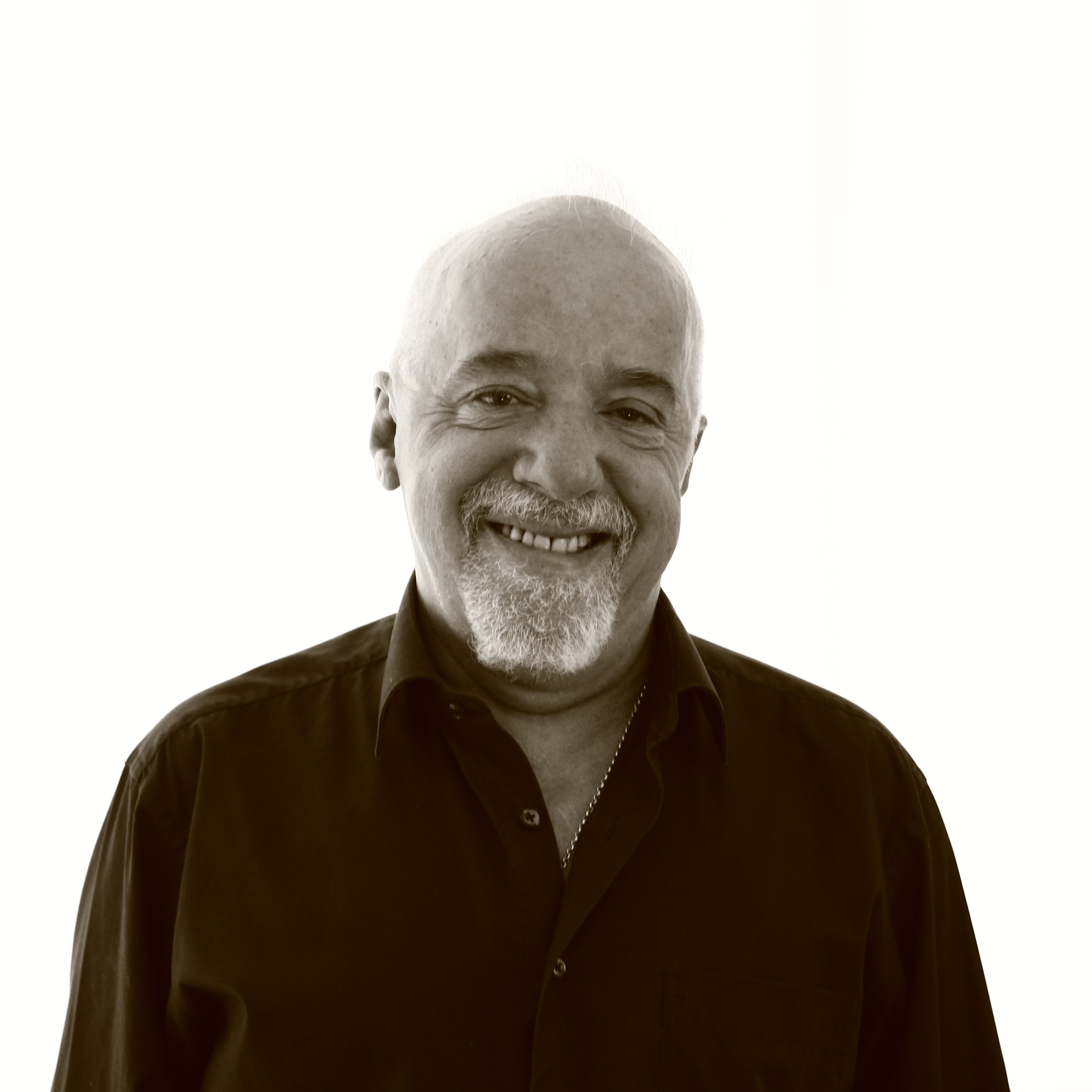 Like Hesse’s Siddhartha, Coelho’s shepherd boy shares his life and his quest with us, traveling to foreign lands and taking in great wonders. With the wisdom he finds in success and failure, he completes life’s circle, returning to see home with new eyes. My Phil Grimm does the same, twice. 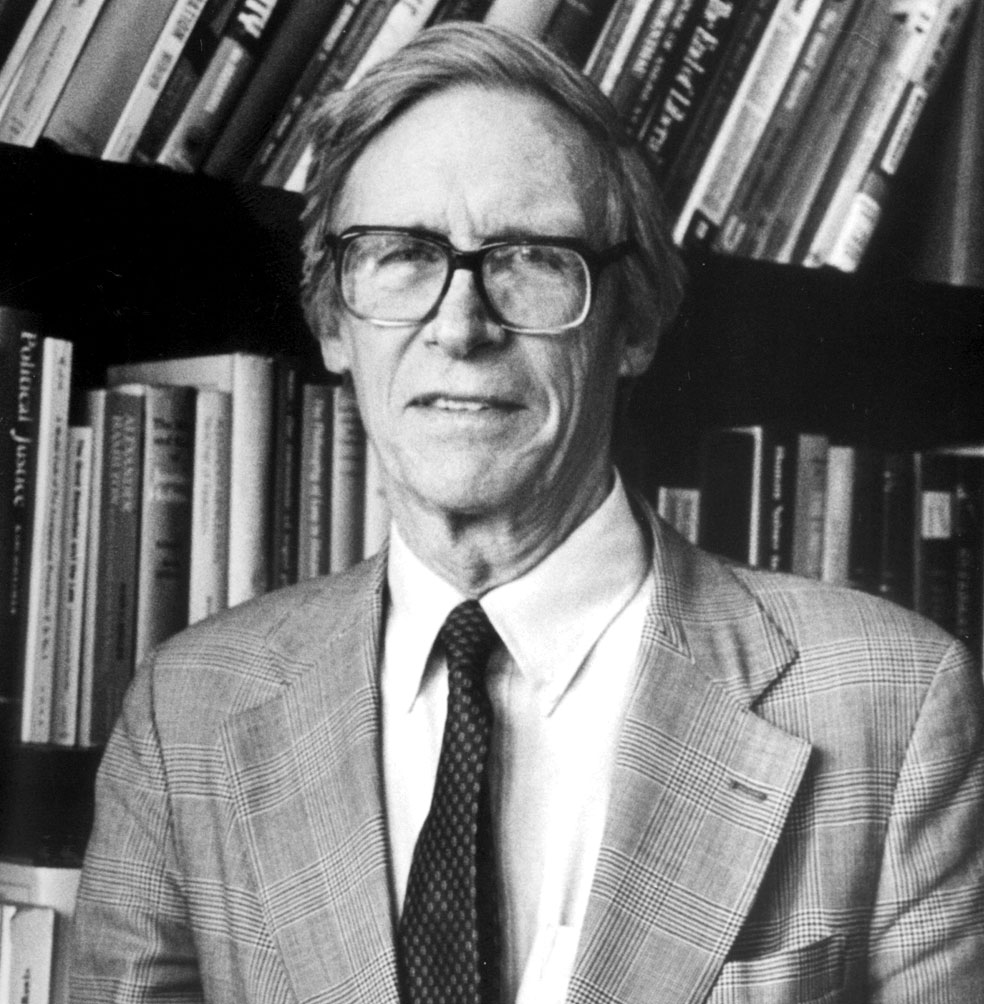 Rawls was the modern torch-bearer for liberal political philosophy. He used the tool of a blind social contract to show the fairness of a society whose overriding rule was to improve the lot of those worst off. Interestingly, the same tool can help introduce trans-personal psychology.